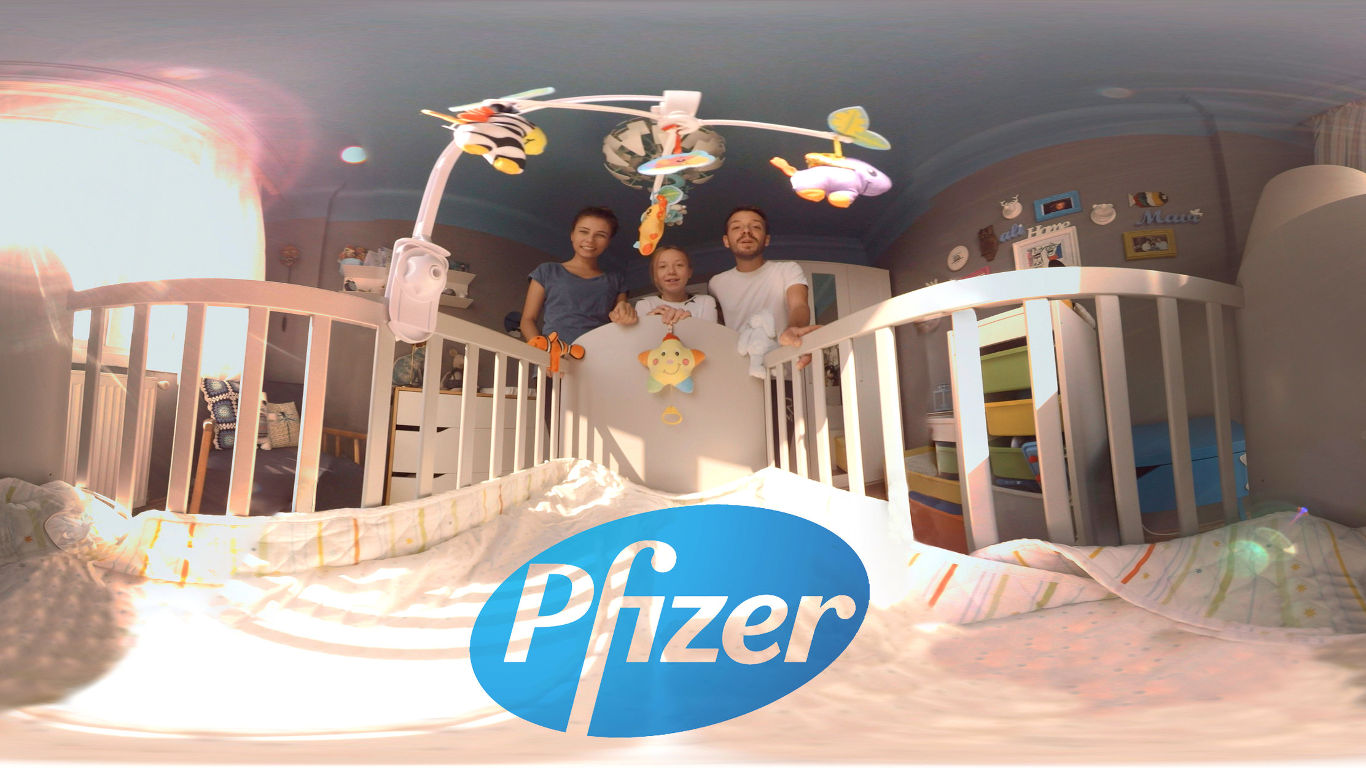 The target for this project was doctors at a conference in Antalya. The agency wanted to tell a short story about a dangerous disease (meningococcal disease) and how it can infect babies in less than 48 hours. The story is told from a baby’s perspective. After putting on the VR goggles, you experience everything as a baby, hearing and seeing the conversations between the doctor, the nurse, the parents and the sister of the baby. The video was filmed in two different locations, a hospital and the baby’s room in an apartment, with dramatic cuts between the scenes. The infection of the disease causes babies to feel very uncomfortable with light and sound. We used special effects to replicate this uncomfortable situation for the doctors in the audiences. feel more realistic and wanted to give that uncomfortable situation to the audience.

During pre-production we chose the locations based on our desired lighting effects. We were also challenged in recreating the baby’s point of view. Not only is the baby always lying down, looking up at the other actors, the actors must also interact believably with the baby, for example when the doctor is checking the temperature or when the mother comes closer to check on the infant. We used test shoots to check the average distance we should put between the doctor or mother and the baby, as well as the average height the camera must be from the bed. This was a matter of balancing the differences between the focal point of the cameras and the viewer’s eyes. To execute, we used our Ant camera system which worked perfectly for this film. This allowed us to stitch together our test videos during the shoot and watch them with Samsung Gear VR. This way the client and the agency were confident in the production process. The actors were also able to receive timely feedback on their positions and acting.

This was another success for both XOVR and for our client, Pfizer.